A Community Vision Brought To Life 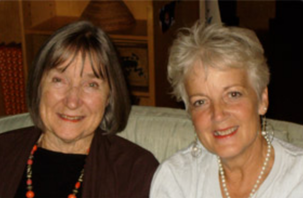 Some seeds for Bowen Island's Knick Knack Nook Re-Use-It Store were sown in the late seventies when a small group operated a Saturday Flea Market which generated enough funds to build a new roof for the historical General Store in order to save the building. In the nineteen eighties, three women were unsuccessful in negotiating with GVRD for a thrift store. Later in the mid nineties, Bonnie Bolton sold used goods from her popular "Tacky Shop". This shop, described by Bonnie as "a wonderful gathering place with a huge spirit," became the inspiration for the Nook.

On February 7, 2008, community activist, Morganne Keplar, gathered a group of five others who were resolved to keep items in good condition from going off-island to landfill. At this meeting they discussed future possibilities for a re-use-it store and committed to the involvement of youth in the project.

Within a month, 130 youth and adults enthusiastically gathered to watch Anne Leonard's video, "The Story of Stuff", to brainstorm ideas for the store and to choose Lauren Spear's suggested name "Knick Knack Nook". Inspired by the enthusiasm of the meeting, within a week, Councillor David Wrinch, secured donated land for the new store from the municipality.

The original Committee, under the gifted leadership of Diane Marshall, expanded to sixteen, met monthly and worked hard to form a society and secure funds. On January 22, 2009 the Knick Knack Nook Re-Use-It Store Society was incorporated under the Society Act of British Columbia. During the following summer, the committee had sufficient money to purchase a steel building kit which was stored by the Bowen Building Centre. By the following summer, construction of the building began under supervision of Daron Jennings, assisted by KKN liaison, Gary Ander. Completion of the building was only possible because of generous donations from many Bowen businesses, organizations and individuals. The Bowen Island Recycling Depot and the United Church sustained the Board by their steady support throughout the entire process of creating such a project. Youth involvement continued as students were supported to craft a board of donor tiles to honour these individuals and businesses.

On November 8, 2009, an exuberant crowd cheered as Mayor Bob Turner cut the ribbon to declare Knick Knack Nook officially open. To the surprise of the Board, the Nook was an instant success, with the community enthusiastically donating used goods and supporting the operation of the store completely with volunteers.

One of the remarkable feats of volunteering has been the dedication of John Willis. For a one year period, John milled the wood from the hemlock trees harvested from the clearing of the land. He gradually replaced the mismatched donated furnishings with beautifully crafted customized shelving, tables, and desks.

After repaying the loans generated erecting the building, monies from sales have supported a variety of local organizations, provided many student scholarships, and have further advanced the possibility of having a community composting facility on island.

The successful operation of KKN is the culmination of the dedication of many committee members and volunteers, the generosity of many owners of businesses, donations from individuals, funding by the BI Municipality, BI Community Foundation, and the First Credit Union.

The Knick Knack Nook Re-Use-It Store Society has developed out of a long tradition of environmental commitment on Bowen to reduce, reuse and recycle.
2